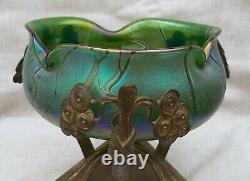 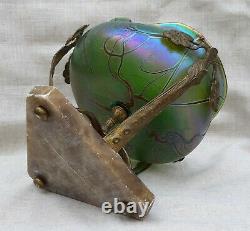 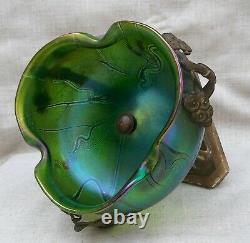 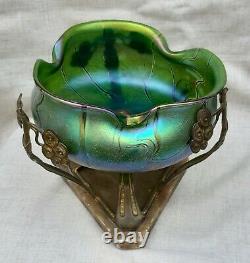 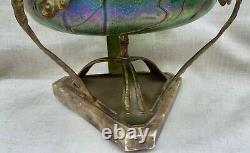 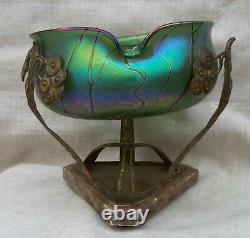 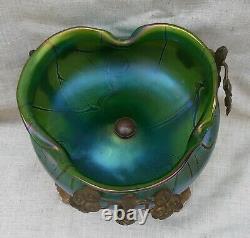 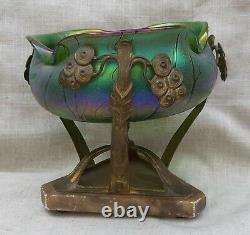 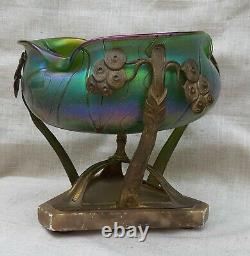 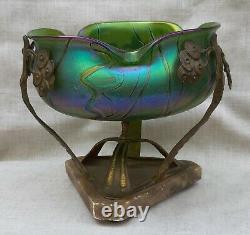 The factory had previously been equipped with a significant grinding shop. It was here that heavily cut crystal and cut-through enameled flashing glass were manufactured. The company started to produce the colored glass in the 1860s.

Later, due to the high regard of the glass, the company started production of specialty luxury items. The company was the first to manufacture the so-called baroque glass objects with applied glass decorations in Austria. Sample warehouses were located in Vienna, Berlin, Hamburg, Paris, London, Brussels, Milan, and Madrid, which soon gave the products a worldwide reputation.

The glass artfully imitated all types of Onyx, Jasper, Carnelian, Malachite, Lapis, Inlaid glass, etc. The luxury glasses that emerged from the factory received the highest awards. In the anniversary exhibition in 1888, the "Kaiser Franz Josefs Vase", designed by Hofrat Storck and produced by the Lötz company in Grauonyx, was unveiled. It was the largest vase that had been blown from glass until then.

Most of the world exhibitions were loaded with special products from the company and were given the highest awards, including the Prix de Progrès and Honorary Diploma Brussels 1888; and the Grand Prix Paris 1889; as well as honorary diplomas from Vienna, Munich, Antwerp, Chicago, and San Francisco. Max Ritter von Spaun had received several awards for his services to the glass industry.

In 1883 I have received the high distinction of being allowed to carry the title kk priv. Glasfabrik and the imperial eagle in the shield and seal. He was also recognized in 1889 by the award of the Knight's Cross of the Order of Franz Josef; the Belgian Order of Leopold; and the Order of the French Legion of Honor. Eduard Prochaska, with the company since 1880, served as director.

The sons and grandsons of the workers employed in Joh. Lötz's glassworks were the tribe of the factory staff, a testament to the good understanding between the employer and the worker. Similar to the glasses from Louis Comfort Tiffany, Loetz was able to produce colored glasses with high level of metallic iridescence. The company had contacts with other manufacturers such as J. Bakalowits Söhne in Vienna and with the Argentor plants.

Well-known artists with whom he worked were Josef Hoffmann, Koloman Moser, and the Wiener Werkstätte. The peak of the cooperation happened after 1900. The company was represented and won awards at the Paris World's Fair, and in the Chicago and St.

The outbreak of the First World War and the collapse of the monarchy brought difficult times for the company. The Second World War and the expulsion of the German-speaking population of Czechoslovakia, and thus a large part of the employees, meant the complete end of the company. The item "Austrian Gilded Cranberry Glass and Bronze-mounted Centerpiece 1895, likely Loetz" is in sale since Tuesday, October 6, 2020. This item is in the category "Pottery & Glass\Glass\Art Glass\Bohemian/Czech\Loetz". The seller is "antocoma-69" and is located in cordoba. This item can be shipped worldwide.