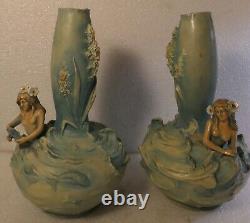 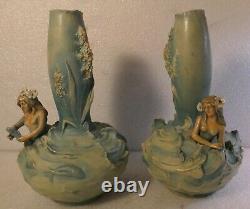 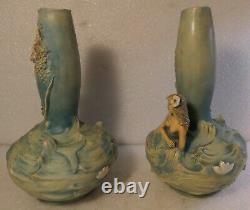 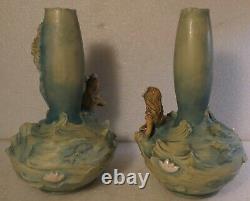 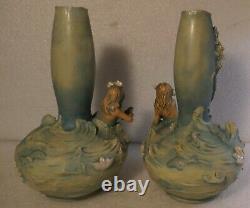 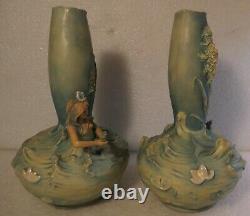 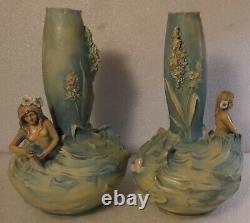 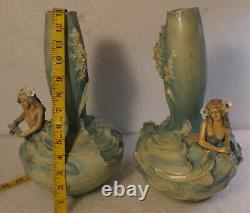 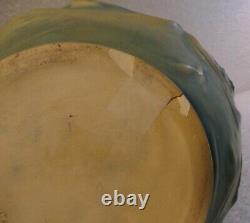 A contemporary of GOLDSCHEIDER, Bernhardt BLOCH was one of the greatest Jugendstil ceramists in Austria-Hungary, and his highly sought-after Orientalist works have made him one of the leaders of this movement. This factory has participated in many exhibitions and was rewarded each time. Gold Medal at the Universal Exposition of St. The regional museum of Téplice has a large collection of works by Bernhard Bloch's productions. In 1892, after 17 years as a leader in ceramics production, Alfred Stellmacher encouraged his son and sons-in-law to establish a porcelain manufactory.

Named after its owners Riessner, Stellmacher and Kessel (RSt&K), and employing son-in-law Paul Dachsel, the firm consistently marked pieces with the word Amphora by the late 1890s and became subsequently known by that name. The Amphora factory was located in Turn-Teplitz, Austria (now in the Czech Republic).

Teplitz, once a spa town that attracted the likes of Goethe and Beethoven, had lost its luster over time because of the increasing intrusion of industrial activity. Turn, which had served Teplitzs spa-goers with diversions including lush gardens and beautiful villas, was also affected by gradual industrialization. By the mid-19th century, the area formed a de facto ceramics production center that was also home to Kunstkeramik Paul Dachsel, Eduard Stellmacher, and Ernst Wahliss. Porcelain manufactories found the region advantageous because local riverbeds provided an abundant supply of kaolin, an essential ingredient of porcelain. The rivers themselves were sources of energy, and the nearby railroads made it easier to quickly sell and export ceramics across Europe. When originally incorporated, Amphora imitated the Orientalist and Neo-Baroque styles favored by Alfred Stellmacher. The combined talents of skilled designers like Eduard Stellmacher, Paul Dachsel, and a host of decorators from the Special Ceramics School of Teplitz allowed the Amphora manufacture to quickly develop a unique genre of Art Nouveau ceramics.

What unified its output was an unparalleled concern for fine and high-quality design, as well as Alfred Stellmachers use of ivory porcelain, a matte yellowish material that was malleable, yet resistant to high temperatures. Amphoras stylistic diversity, combined with its unwavering standard of quality, made it a world leader among industrial manufacturers of art pottery.