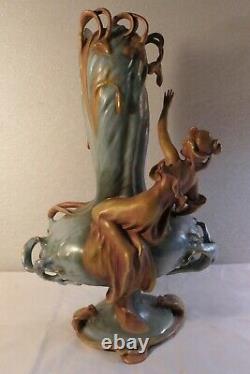 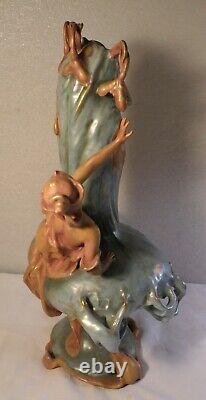 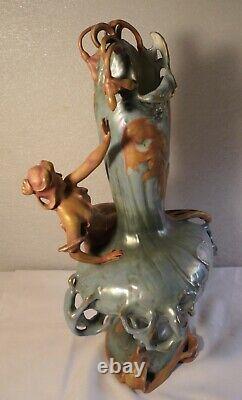 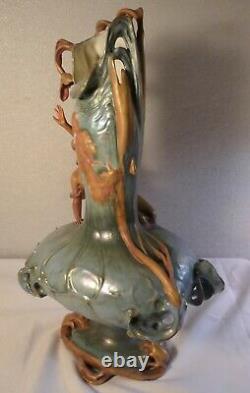 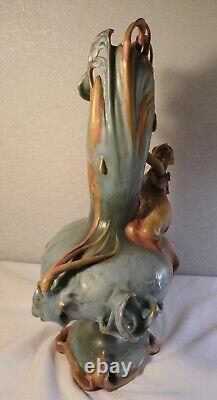 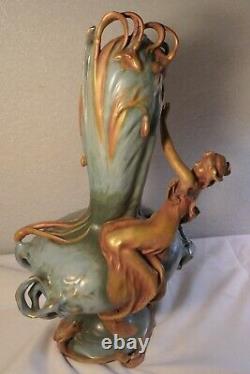 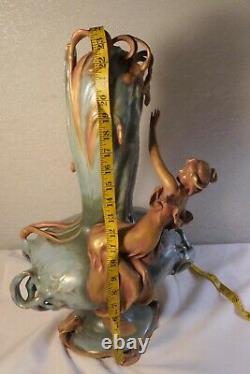 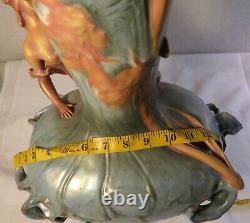 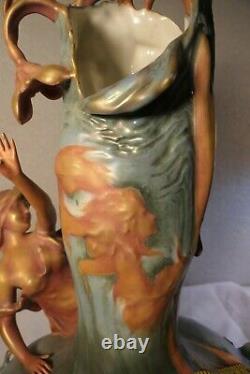 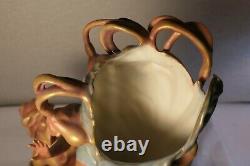 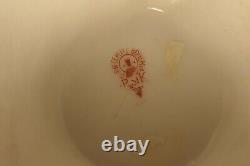 Amphora refers to some delicate pottery produced between 1894 and 1904 in the Turn-Teplitz region of Bohemia during the Art Nouveau times. These ceramic wares were produced between the late nineteenth and the early twentieth centuries and are also referred to by dealers and collectors as Teplitz. There were many companies manufacturing ceramic wares in the Amphora movement, all in the Turn-Teplitz region. RSt&K and Wahliss were two of the main companies of this style. In 1892, after 17 years as a leader in ceramics production, Alfred Stellmacher encouraged his son and sons-in-law to establish a porcelain manufactory.

Named after its owners Riessner, Stellmacher and Kessel (RSt&K), and employing son-in-law Paul Dachsel, the firm consistently marked pieces with the word Amphora by the late 1890s and became subsequently known by that name. Their work was introduced in the United States in 1893 at the Chicago Worlds Fair where they were given the best in show award. Their display at the St. Louis Worlds Fair in 1904 also earned high accolades bolstering their reputation as pottery masters. More than a century later, their products still have a following among pottery fans.

The departure of Paul Dachsel in 1903 and Eduard Stellmacher in 1904 marked the end of Amphoras golden age. Ernst Wahliss of Turn-Wein, Austria was another early Amphora art pottery designer who enjoyed success beyond the confines of Europe. Wahliss produced between 1897 and 1906 some of the most beautiful female Art Nouveau busts which are highly sought by collectors today given their beauty and technical complexity.

Wahliss was somewhat unique among the Amphora manufacturers for having established his own retail shops in London and Vienna. The produced delicate Art Nouveau Pottery.

An important series from one remarkable decade feature plants, flowers, fruits, animals (snakes, brightly plumed birds, bats), mythical creatures and dragons, biomorphic designs, and simulated jewels. Many of its artists created designs that echoed the highly ornamental paintings of their contemporaries, including Gustav Klimt and Alphonse Mucha. Their pieces reflected the finest of craftsmanship and the most delicate of detailing and incorporated nature-inspired Art Nouveau themes in their designs. It is a success history. During the early 20th century, Bohemia was part of the fading Austrian-Hungarian empire. The Turn-Teplitz region in Bohemia. The region was not far from Dresden, Germany. The porcelain manufactories found advantages in the Bohemian region because local riverbeds provided an abundant supply of kaolin, an essential ingredient of porcelain. The rivers themselves were sources of energy, and the nearby railroads made it easier to quickly sell and export ceramics across Europe. The item "TURN TEPLITZ BOHEMIA RSTK AMPHORA ART NOUVEAU FLOWING MAIDEN FANTASY AUSTRIA" is in sale since Friday, June 25, 2021. This item is in the category "Pottery & Glass\Pottery & China\Art Pottery\European Pottery\Austrian". The seller is "lhowardestates" and is located in Minneapolis, Minnesota.